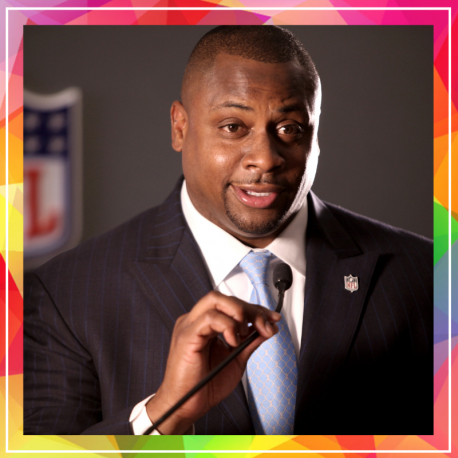 Former NFL All-Pro Cornerback and fifteen-year league veteran, Troy Vincent currently serves as the Executive Vice President of Football Operations for the National Football League. Since 2010, Vincent informs the business of the NFL through the unique lens of his previous roles as a player, a player’s union president, and the Senior Vice President of Player Engagement.

Vincent holds a broad range of responsibilities for the business of football, including Officiating, Football Administration and Club Services, Policy and Compliance Marketing and Communications, College Relations, Strategic Development, Game Initiatives and Player Engagement. The NFL Legends Community, NFL Way to Play, and The Rookie Success program are just a few key initiatives created under his watch. Vincent has also implemented programs for both current and former players that focus on wellness/mental health, suicide prevention, stigma change, domestic violence & sexual assault prevention. Additionally, Vincent works closely with clubs, players, and legends on social justice initiatives in communities across the nation. Throughout all his responsibilities, Vincent’s main focus is to ensure football continues to be the greatest competitive sport in the world.

Vincent’s start with the NFL began as a first round pick of the Miami Dolphins in the 1992 Draft. He made five Pro Bowl appearances and was selected All-Pro three times. He has been nominated to the NFL Pro Football Hall of Fame and has been inducted into the Hall of Fames for the Philadelphia Eagles, the State of Pennsylvania, the University of Wisconsin and Pennsbury High School.

Vincent is considered a national leader as an advocate against domestic violence and sexual assault. Being directly affected by domestic violence, both Vincent and his wife, Tommi, share a passion and commitment to promoting the message of “Leadership Over Violence.” The Vincents have committed their lives to being catalyst of change and a voice for the voiceless by visiting shelters, speaking to advocacy groups and challenging others to lend their platforms to elevate the conversation and take action to end domestic violence and sexual assault. Vincent says, “No child should experience what I experienced, watching my mother being beaten over and over again and feeling completely helpless to do anything about it. But today I can and will do something about it.”

Vincent is the only player in history to have received the NFL Walter Payton Man of the Year award, NFL Players Association Byron Whizzer White Award. He also received the National Jefferson Award for Public Service, considered the Nobel Prize for extraordinary public service and making the world a better place to live.

A father of five, Vincent and his wife reside in Virginia with their children.