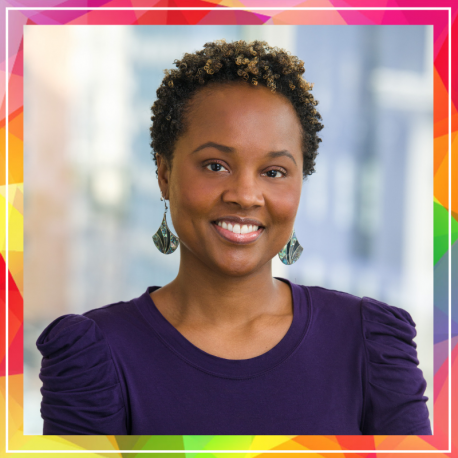 Kibi Anderson is an LA based thought leader and accomplished strategy and business development executive with more than 14 years of experience in media, entertainment and entrepreneurship. Kibi is recognized for her ability to mix comprehensive industry knowledge, entrepreneurial acumen, and strong networking and communications skills to help deploy impactful initiatives that drive growth.

As President of Red Table Talk Inc., Kibi works directly alongside actress and producer Jada Pinkett Smith, and is at the helm of driving growth, strategic partnerships, and assessing new business opportunities for the global brand. Prior to joining Red Table Talk, Kibi was the Head of Digital Strategy and Business Development at Bloomberg Media where she oversaw new partnerships and strategic relationships, and assessed new business opportunities focused on growing the global business. Kibi is also cofounder of Blazon Brush, a “For the Culture” grooming company aiming to create remarkable and empowering products inspired by urban culture.

She also served as the Senior Manager of Strategy and Operations for ABC News where she oversaw the development and implementation of business operations, strategies, and practices to help improve overall productivity and financial growth within the group.

Kibi is the former VP/Business Development Manager at Broadway Federal Bank, the largest minority owned bank on the west coast. In this role she managed all Community Development related activities and initiatives on behalf of the bank. She also developed and managed key marketing initiatives and special projects. Prior to this position she served as an Assistant Vice President/ Relationship Manager, performing new business development and sales outreach to private and business banking clients in the entertainment, church and small business space.

Kibi has also worked for Citigroup, Indomitable Entertainment, and the Monitor Company, where she honed her skills in investment banking, strategy, consulting, and business development/sales.

Kibi is also an Emmy-Award winning Independent Film producer, and produced a variety of short and long-form content under her independent production company banner Key Bee Entertainment. Having spent several years living in East Asia and Southeast Asia, Kibi developed a unique, first-hand perspective on how to tell culturally specific stories that resonate with a broader audience. This passion culminated in her Emmy-Award winning production of “The Mighty Warriors Of Comedy”, a feature film documentary about an Asian comedy troupe that aired nationally on PBS. Some of her other past production credits include, Universal Remote, a sketch comedy feature film; Animal Story, a short film; Hatest Grits, a live sketch comedy concert; and Cuba Libre, a film shot in the Dominican Republic.