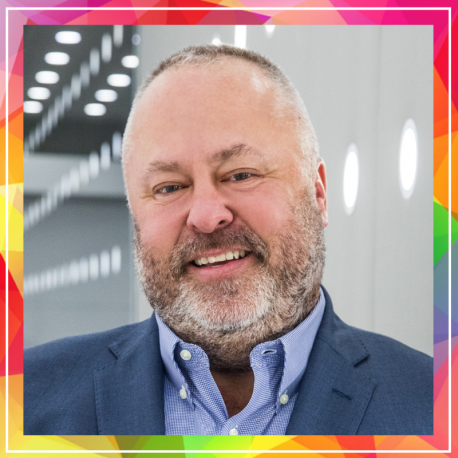 JON D. PEDERSEN, SR. is Senior Vice President and Chief Financial Officer for iHeartMedia’s Markets Group. With over a quarter of a billion monthly listeners in the U.S., iHeartMedia has the largest reach of any radio or television outlet in America. The company owns and operates 858 broadcast radio stations, serving more than 150 markets throughout the U.S.  Plus, iHeartRadio – a free, industry-leading, digital music service – gives users instant access to more than 2,000 live radio stations and allows them to create custom stations inspired by favorite artists or songs, anywhere they are. As the leading media company in America, iHeartMedia delivers music, news, talk, sports and other content to diverse audiences across multiple platforms, including: broadcast stations; online, via iHeartRadio and on its stations’ hundreds of websites; HD digital radio channels; satellite; smartphones; iPads and other tablets; in-vehicle entertainment and navigation systems; and via live events.

Prior to joining iHeartMedia in March 2014, Mr. Pedersen was Chief Financial Officer of SNAP Interactive, Inc., a company that develops, owns and operates dating applications for social networking websites and mobile platforms. Mr. Pedersen served as Senior Vice President – Controller from September 2008 to August 2011 and Vice President – Assistant Controller from May 2005 to September 2008 at Warner Music Group. Warner Music Group is a music company with interests in recorded music, music publishing and artist services that was acquired by Access Industries, Inc. in July 2011. Mr. Pedersen also previously served as Chief Financial Officer, Director and Assistant Director of WestLB Securities Inc., a New York based broker-dealer and subsidiary of WestLB AG from July 2000 to May 2005, and as Director from April 2003 to May 2005 and as Assistant Director from July 2000 to April 2003. Mr. Pedersen also previously served as Vice President for Global Management Reporting and Associate – Fixed Income Derivatives at Goldman, Sachs & Co. from April 2000 to July 2000 and July 1998 to April 2000, respectively. Prior to July 1998, Mr. Pedersen served as a Senior Financial Analyst and Senior Accountant at Price Waterhouse LLP in Stamford, Connecticut. Mr. Pedersen holds a master’s degree in business administration from Columbia Business School and a bachelor’s degree in business administration with an emphasis in accounting from the University of Connecticut.

Please Opt-In to View Our #IRLCONN SessionsIf you're already signed up, click "x" in the upper right corner of this box - thanks :)