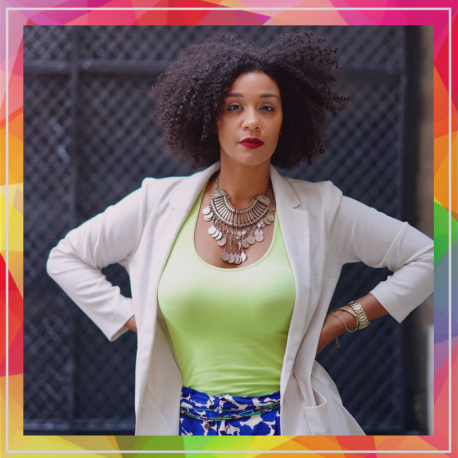 With a background in television/video production & fine art, Evita has always been a creator in visual media. Yet, it was a trip to Paris, six weeks after graduating from Iona College, that changed the scope of her personal and professional life.

In September 2011, she created the Nomadness Travel Tribe, an online social community primarily for travelers of color. Nomadness was the first of its kind targeting diverse millennials, in the newly coined ‘black travel movement’. The group currently surpasses 16,000 international members, with over 100,000 passport stamps, and nearly 100 meet ups a year, all across the globe.

From the success of the online group, Evita has garnered partnerships with Airbnb, Etihad Airlines, GoPro, Facebook Stories, Hyatt, Skift.com, Cantu, and Issa Rae, who she Co- Executive Produces The NOMADNESS Project web series with on YouTube.

Continuing to innovate the travel space has landed Nomadness in the print and digital pages of The New York Times, Inc., Entrepreneur, The Daily Beast, EBONY, and ESSENCE Magazines. Evita can also be seen between news panels and business features for CNN, BBC, MSNBC, truTV, The Root, NewsOne, and Oxygen Channel. Evita was also invited to the White House under the Obama Administration for their meeting of world’s creative changemakers, for SXSL (South By South Lawn).

She now serves as a keynote/seminar speaker, TED Resident, consultant for Destination Marketing Organizations, and continues her love of seeing the world while writing her first book.

EVITA IN THE PRESS: