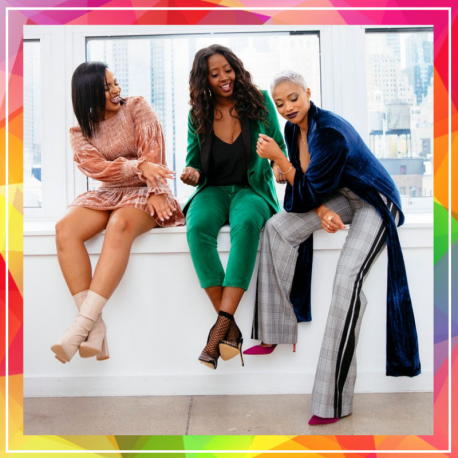 19th & Park is a creative execution agency servicing brands and agencies as an extension to their in-house marketing and production teams helping bring to life strategic creative programs. Our skills span from concept to execution including but not limited to strategy, digital marketing, video production, live events, fabrication, talent sourcing, location scouting and more. The team is a one-stop shop for any creative production needs.

Whitney Headen is a digital marketing and brand media strategist. Before becoming one of the 3 founders of 19th & Park, she has held executive positions at top media companies like Viacom, iHeartMedia, Defy Digital, and Time Inc creating integrated marketing programs and solutions for top advertisers and brands across the world like Coca-Cola, McDonald’s, Walmart, Disney, Samsung, and more. In her role as Executive Director at 19th, she oversees business operations, client solutions, and brand strategy.

Tahira White is an independent multimedia and events creator. Before 19th and Park, Tahira pioneered production innovations in live events and experiences. Her rolodex of clientele includes companies like Express, Nike, Buick, and Samsung. In her role as Executive Producer at 19th, she oversees the company operations and production execution of content and live events.

Nicole Januarie is a creative production strategist. As the former Executive Video Producer of the Essence Festival, Nicole has been responsible for overseeing the creative execution and post-production for hundreds of hours worth of content stemming from content capture, broadcasting, branded content, social media, and more. Prior to ESSENCE Festival Nicole created content for companies like BMI, Fuse, MTV, Stevie Wonder & Friends, NIKE Night Court and many more. In her role as Creative Content Director at 19th, she oversees the content development and post-production for photo and video content.